During the course of World War II, in particular from 1941 to 1945, some 2,711 cargo ships with a carrying capacity of about 10,000 dw tons each, were rapidly built en masse by 18 shipyards in the United States of America. These vessels became widely known as the Liberty-type ships. Construction cost for each ship ranged from $1,550,000 to 2,100,000, depending on the shipyard where the ship was built.

The decision taken for their construction was a result of the on-going losses of Allied Forces’ ships operating in the Atlantic convoys, carrying the valuable supplies needed for the successful outcome of the war. The need for the rapid replacement of the lost ships led to the adoption of the welding process in their construction. Welding was not employed on any scale until then with the majority of ships built using the traditional riveting.

As a result, many people were quick to brand the ships “disposable”. In other words, ships whose role was strictly limited for the duration of the war. However, the course of events turned out to be very different. The Liberty ships not only survived the war, they played a key role in world seaborne trade for another quarter of a century.

The first Liberty ship was launched on 27 September 1941, just 10 weeks before the Japanese attack on Pearl Harbour. It was christened PATRICK HENRY in honor of an American citizen, who became part of history for his declaration in 1775: “Give me liberty or give me death”.

Some of the Liberty ships were placed on their delivery from the shipbuilder under the management of various Allied Forces. In particular, during the war, 182 ships sailed under British ensign, 38 under the Russian flag, and 15 under the Greek flag. About 200 Liberty ships did not survive the war, including 50 lost on their maiden voyage, among them the Greek-flag ELEFTHERIA, commissioned in March 1945.

After the end of the war, the US government decided to keep a significant number of the remaining Liberty ships in reserve. It was reasoned that in this way there would always be an adequate number of vessels ready to serve the needs of the US in case of another war, and thus avoid the need to resume an extensive and costly shipbuilding programme.

Still, with the creation of the Merchant Ship Sales Act of 1946, the sale of US vessels to foreign countries was allowed in order to facilitate these countries in the reconstruction of their maritime industry. In total, 682 Liberty ships, including those already placed under the management of Allied Forces during the war, were acquired by foreign interests and used for commercial trade.
In this context, 182 ships were sold to British interests, 98 to Greek interests, 94 to Italians, 76 to French, 47 to Norwegians, 38 to Russians, 28 to Dutch, 12 to Chinese, nine to Danish, seven to Belgians, two each to Argentines, Swedish and Finnish, and one to each of Spanish and Polish interests. At the same time, a significant number of the ships acquired by foreign interests were placed under flags of convenience which had begun to make a strong presence in the international maritime arena. In all, 60 ships were placed under the Panamanian flag and 23 under Honduras flag, many of which were controlled by Greek owners. A further 261 Liberty ships were sold to US-based owners and continued trading under the US flag.

The majority of the 943 Liberty ships offered invaluable service to world seaborne trade until the late 1960s, often changing ownership and flag. It is worth noting that over 600 of these ships, or two-thirds of all Liberty ships sailing in peacetime, came under the control of Greek owners at some time during their trading careers, further tying their era to the postwar evolution of Greece’s merchant marine. 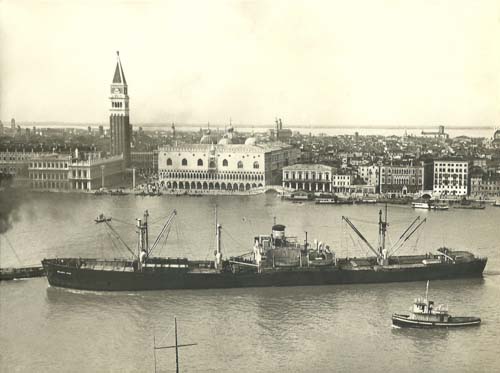 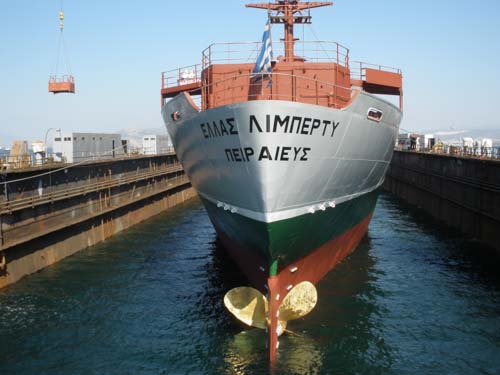 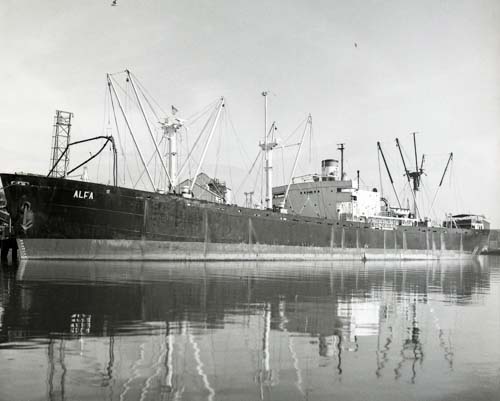 You can find out more about which cookies we are using or switch them off in Settings.

This website uses cookies so that we can provide you with the best user experience possible. Cookie information is stored in your browser and performs functions such as recognising you when you return to our website and helping our team to understand which sections of the website you find most interesting and useful.

Strictly Necessary Cookie should be enabled at all times so that we can save your preferences for cookie settings.

If you disable this cookie, we will not be able to save your preferences. This means that every time you visit this website you will need to enable or disable cookies again.